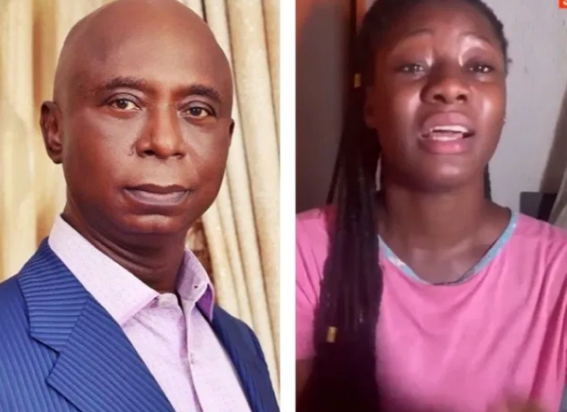 A teenage girl from billionaire Ned Nwoko’s Idume Ugboko community in Delta state has dragged him to the social media, accusing him of arresting her dad and several others over land matters.

Nwoko, a lawyer and former member of the House of Representatives, had previously been accused of land grabbing to establish a proposed Sports, Technology, and Arts (STARS) University in the community.

The land owners who resisted are arrested and jailed.

The young lady in a video posted by Sahara TV, said Nwoko has arrested her father again, after the dad spent five years in jail.

The weeping girl begged Nweke to leave her family alone. She hoped that by making the video, someone somewhere will hear her voice and help out.

“Please Ned Nwoko, I just want my father to be released. Not just my daddy, please release Peter’s daddy too, Antonia’s uncle, my uncle Raymond… Release them, why are you keeping them? What’s all this injustice for? What is All this wickedness for? Why”, she cried.

In a report published 5 December 2020, Premium Times cited several residents of Idume Ugboko, whose land was seized by Nweke.

Among the victims was 90 year-old Oghedo Osodi, whose inherited four acres of farmland was grabbed by Nwoko.

Mrs Osodi said she watched in horror as a bulldozer, guarded by heavily armed policemen, uprooted and cleared palm trees, rubber trees and other cash and food crops on her land.

The nonagenarian said she fled for her life after the policemen started shooting sporadically to disperse an angry crowd from the village.

On January 14, 2017, Mr Kainebi said, some associates of Mr Nwoko took over his land.

“I was at home that afternoon and I was informed that a bulldozer was on my farmland. I met them. They were more than 50, including policemen. When I asked one of them, He said it was their oga that sent them. He said Ned Nwoko.”

Unlike Mr Kainebi and Mrs Osodi, Jude Isonye said he confronted Mr Nwoko for trespassing on his land and the former lawmaker promised to compensate him. Mr Isonye said he turned down the ex-lawmaker’s offer.

As reported, Nwoko claimed he was not land grabbing, as the 123 hectares he has acquired so far was approved for him in 2015 by the late monarch of the town.

He claimed he secured the approval of the monarch, Albert Nwoko, before he died in 2017.

To back his claim, he presented a letter dated April 10, 2015, signed by the monarch.

In the letter, the monarch indicated that the village was going into a partnership with the politician and he set up a committee led by the Iyase, Christopher Ogwu, to determine the investment ratio and the feasibility of the project. 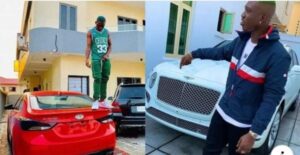