Ajimobi replaces Adebayo as APC Deputy National Chairman
•Shittu kicks, Ex-AGF congratulates him
IMMEDIATE past governor of Oyo State, Senator Abiola Ajimobi has been appointed as the deputy national chairman (south) of the All Progressives Congress (APC).
He is to replace the former governor of Ekiti State, Otunba Niyi Adebayo who is now the Minister of Trade, Industry and Investment.
The appointment, it was gathered was reached at Tuesday’s caucus meeting of the southwest APC which held in Osogbo and ratified by the party’s leadership caucus in Abuja on Wednesday.
His appointment has thus generated mixed reactions among the party faithful in the state.
While some members have decided to keep mum over Ajimobi’s new status, others have come out to knock and appraise the former governor’s appointment.
A former Minister of Communications, Barrister Adebayo Shittu on his part condemned the choice of Senator Abiola Ajimobi as the new New Deputy National Chairman South of the All Progressives Congress (APC).
Although there was mini protest against his choice by party delegates from Ekiti state who argued to present another nomination from the state, Shittu, who had a long political rivalry with the former governor of Oyo State described Ajimobi’s choice as bad luck for the party.
According to Barrister Shittu, Ajimobi’s choice is a “very bad luck for our dear party, APC, in Oyo State and South-West Nigeria as a whole.
“That somebody whose bad luck led to APC losing Oyo State to the less fancied PDP in the 2019 gubernatorial and State Assembly elections in the State is now being recycled and foisted on APC in Yorubaland is most insensitive.
“What democratic credentials is Abiola Ajimobi bringing on board when, as a two-time Governor, the self-styled Constituted Authority never, for once, allowed democratic party primaries to hold in Oyo State APC and, over his said two terms as governor, only organised what, at best, was a kangaroo local govt election of officials who were merely handpicked by Ajimobi to become APC Candidates.”
A former Attorney-General and Commissioner for Justice under Governor Ajimobi between 2011-2015 in the state, Barrister Adebayo Ojo took to his Facebook account to celebrate his former boss. 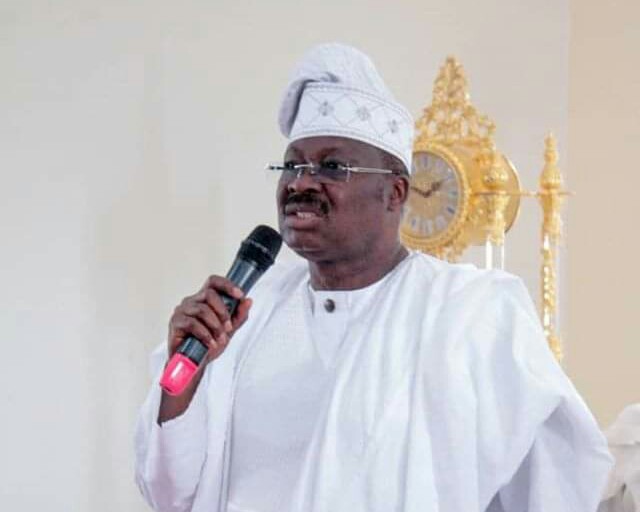 Vaccine Will Be the Final Nail for COVID-19 -says Nigerian-American Leading...

FG MEETS US, UK ENVOYS, OTHERS OVER #ENDSARS PROTESTS

Some Nigerians Are Working With People in Govt to Undermine National...