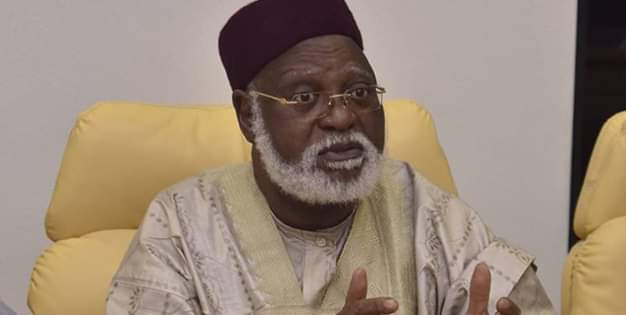 FORMER Head of State Gen. Abdulsalami Abubakar on Monday urged the Federal Government not to relent in its commitment to tackling insecurity.
He spoke during the inauguration of a building at the Pamo University of Medical Sciences (PUMS) in Iriebe, Obio/Akpor Local Government Area of Rivers State.
The former Head of State, who is the institution’s Chancellor and Chairman, Board of Trustees, is concerned about rising killings and other violent crimes.
Gen. Abubakar said while Nigerians have been praying for peace, the “fight against insecurity is a collective responsibility”.
He said: “It is high time we stood up to fight this insecurity in the country. We are all praying for peace to return to this country.”
Others at the launch were Governors Aminu Tambuwal (Sokoto), Umaru Fintiri (Adamawa), Bala Mohammed (Bauchi), PUMS founder and former Rivers State governor Peter Odili.
Labour and Employment Minister Chris Ngige; wife of Niger State governor Hajia Amina Bello and officials of the National Universities Commission (NUC) were also present.
The building, named after Governor Nyesom Wike in recognition of his contributions to PUMS’ development, has four lecture halls, 36 offices and four ultra-modern laboratories.
Inaugurating the building, Tambuwal praised Wike for his commitment to infrastructural development, especially his support to PUMS, which, he said, will help in the grooming of quality medical professionals.
Odili, who described the occasion as historic, urged stakeholders to appreciate Wike’s contributions to the school’s growth.
He said: “Due to the support of the governor, the school has been able to surmount the challenges of development, leading to the Nyesom Wike Academic Building.”

Twinkle, Twinkle to the Grave By Olatunji Ololade