The Ogun State Government has expressed willingness to pay N30,500 as minimum wage to workers in the state with retroactive effect from 1st January, 2020.
The state government announced that it had reached an agreement with organised labour to begin payment of the new minimum wage.
This was contained in a statement by the Chief Press Secretary to the Governor, Mr Kunle Somorin, in Abeokuta, on Wednesday.
He said the state government had signed a Memorandum of Understanding with the representatives of organised labour made up of the Joint Negotiating Council, the Nigeria Labour Congress and Trade Union Congress, with the Head of Service, Mrs Amope Chokor, signing on behalf of the government.
According to the statement, Chokor led the government delegation where both parties also agreed on the consequential adjustments, of 27 per cent for grade level 07, GL 08 (20%), GL 09 (19%), GL 10 to 14 (15%) and GL 15 to 17 (14%).
The statement read in part, “Speaking after signing the MOU, the Head of Service commended the labour for their support and understanding within the past eight weeks of negotiation and thanked the governor for the good gesture which would spur the workers to be more productive and efficient in their service delivery to the people of the state.
“The Chairman, NLC, Emmanuel Bankole, said the agreement was signed in the interest of the workers of the state.”
Meanwhile, Bankole appealed to Governor Dapo Abiodun to pay the salary arrears left behind by the immediate-past administration in the state.
He said this while addressing newsmen on the payment of N30,500 as new minimum wage approved by the state government.
Bankole said, “Workers in the state have sacrificed and deserve the payment of their arrears.” 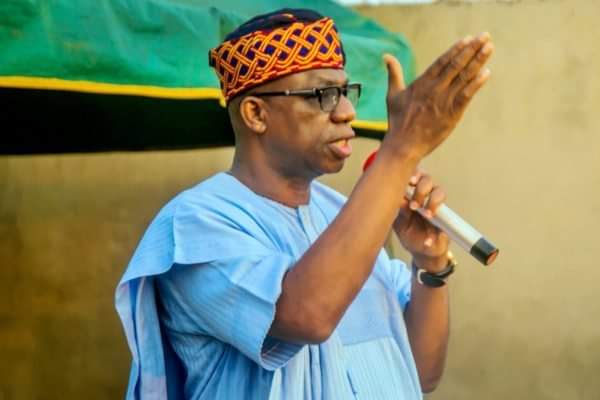