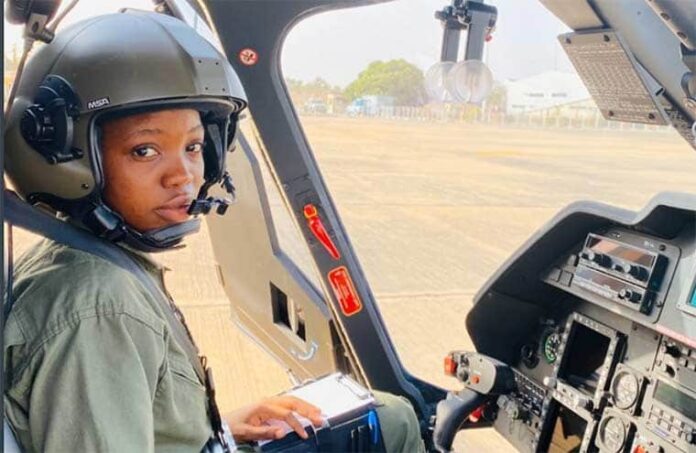 the Senior Pastor and founder of the Embassy of the Blessed Kingdom of God for All Nations, Ukraine, Pastor Sunday Adelaja, has asked Nigerians to stop mourning the death of Tolulope Arotile, the first female fighter pilot who was crushed to death by her former classmate.
Adelaja, in a video released online, said instead of mourning the passing of Arotile, Nigerians should immortalise and celebrate her values.
Arotile was knocked down by a car driven by her former classmate at the Kaduna Air Force Base on July 14.
Adelaja said she made her mark before dying and Nigerians should concentrate on her achievements.
He said, “We must focus more on why we should rejoice for her and celebrate her life. I want us to shift our focus from mourning to celebration. There is a place for mourning. But we must see her as a hero that she was. We must talk about the accomplishment and inspiration she brought to our nation. She has put womanhood on the map. She has written her name in gold.”
The cleric said many Africans erroneously believed that everybody must live long to make an impact, adding that Jesus and John the Baptist, died young and changed the world.
“Arotile has been able to go beyond the call of duty. We should learn from her. Not too many of us accomplished what she accomplished at age 24. There are a lot of Nigerians who have not met the President of Nigeria in their life, not to talk of making a presentation to the President. She did. She was the first woman fighter pilot. She lived an inspiring life from the testimonies about her. Would you rather live a life that is not known for anything and live longer or you would live for a brief moment and be remembered for your impact? Arotile has become immortal among us. We should begin to measure life by its productivity, not longevity,” he added.
Adelaja noted that the late pilot died for the unity of Nigeria and her life should be read in textbooks by schoolchildren.
He urged the authorities to encourage more young girls to pursue their dreams in the military.

What Men and Women Think After Sex By...

AKINWUMI ADESINA: THE INSIDE STORY By Femi Adesina