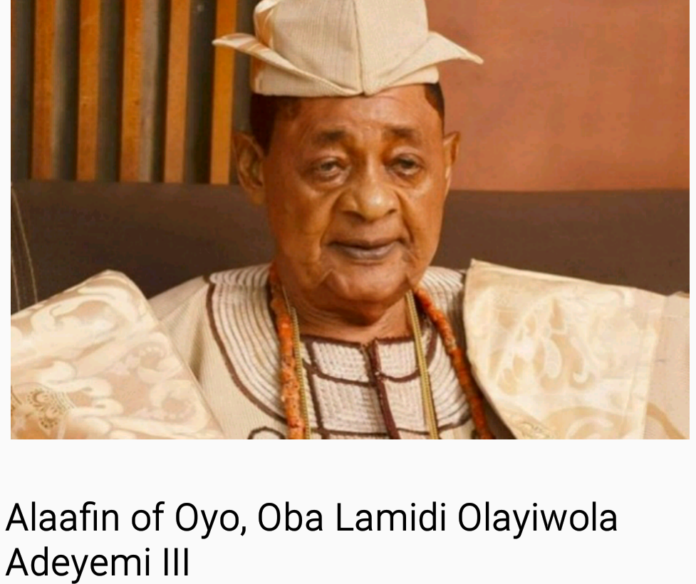 The Alaafin of Oyo, Oba Lamidi Olayiwola Adeyemi III, has called out the Federal Government for not addressing the #EndSARS protesters who staged a campaign to kick against police brutality.

The Alaafin said that if President Muhammadu Buhari had addressed the #EndSARS protesters, things would not have degenerated.

Oba Adeyemi made this known on Tuesday while speaking at the stakeholders meeting that was held at the House of Cheifs, the Parliament Building Agodi Secretariat Ibadan, the Oyo State Capital.

Oba Adeyemi stressed that, if President Buhari had addressed the protesters at the appropriate time, the situation will not have gone out of hand, and the level of destruction witnessed would have been averted.

According to him, what we have witnessed today is the beginning of a phenomena, it is the failure of the authority to rise to the occasion that led to the loss of lives and destructions of properties that we witnessed the aftermath of the #ENDSARS protests.

COVID-19: OYO WORKERS TO STAY AT HOME FOR TWO WEEKS