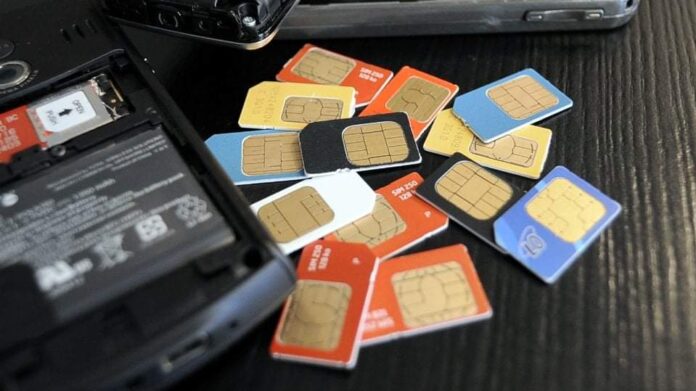 Association of SIM Registration Agents (ASREG) has urged Federal government to lift suspension order placed on sales, registration and activation of SIM cards in the country.
The association has based its appeal on reported hardship being faced by phone users in the country.
Kwara state branch of ASREG) in a statement said that millions of Nigerian youths have been rendered jobless by the recent suspension order by the Federal Ministry of Communication and Digital Economy.
Federal Government had attributed ban on new SIM registration SIM on rising insecurity across the country.
Governemnt added that access to pre-registered SIM cards had always aided criminals to perpetrate and get away with their acts of kidnapping, banditry, armed robbery and acts of terrorism.
The association Chairman Sunday Ajimoko, said “as a registered association under the Corporate Affairs Commission of the Federal Republic of Nigeria with the registration number RC119510 we are fully in support of the Federal Government’s measures to protect the lives and properties of the citizenry.”
He, however, advised the Federal Government to tread carefully, saying that available research works on causes of insecurity across the country had been linked primarily to youth unemployment.
Ajimoko said that the suspension order may lead to worse form of insecurity especially on our economic activities, adding that income of millions of youth who depend solely on sales, registration and activation of SIM cards had been placed on hold.
The statement reads: “More importantly, the prospective buyers of new SIM cards expressed their disappointment over the absence of new SIM cards in the market due to the current suspension which has invariably affected the sales of phones and other gadgets.
“We therefore wish to say that, the Federal Government can still achieve her desired objectives and results as well as avoiding creating more problems in an attempt to solve a problem if the suspension is reversed to avoid danger which the suspension may likely cause to the idle youths.
“We suggest that, no new SIM card should be able to synchronize without being paired with the subscriber’s National Identification Number while activating the linking of subscriber’s number with their respective NIN.
We, therefore, suggest that sales of SIMs, registration and activation should be allowed to continue while the linking of SIM to NIN should be ongoing in order to achieve the desired results.”

BUHARI EXEMPTS BANKS, OTHERS FROM LOCKDOWN

List of Countries Where ‘Cryptocurrency Trading’ is Legal, illegal