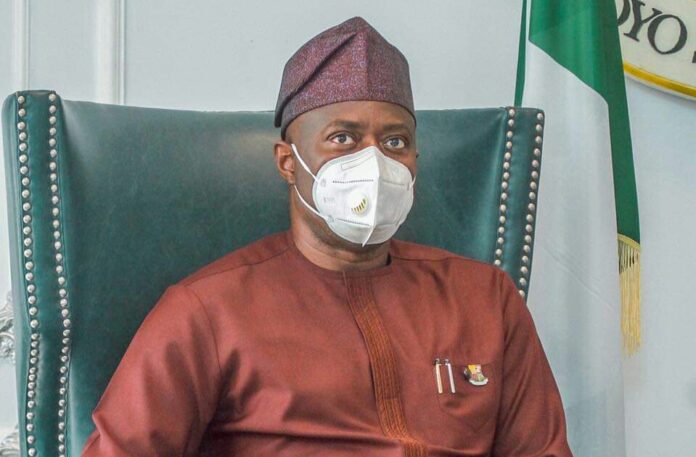 Oyo State Governor, Seyi Makinde, has ordered the Police to arrest Sunday Igboho and others causing tension in the state.

On Friday, Igboho went to Igangan to retstae his ultimatum to Fulanis to leave.

Igangan is a community in Ibarapa North Local Government Area.

The activist had accused the Fulani of perpetrating murders and kidnappings.

Makinde declared that his government would not allow anyone hiding under the guise of protecting Yoruba interests to cause ethnic tension and perpetrate crisis.

He maintained that the war Oyo and security agencies need to wage is not against any particular ethnic group but against criminal elements, irrespective of their tribes, religions, or creed.

The governor added that his administration would not allow anyone to threaten the peace of the state by acting unlawfully and saying things that are alien to the Nigerian constitution.

Makinde told the new Commissioner of Police, Ngozi Onadeko, that his administration would continue to synergise with law enforcement organs fight criminals, hoodlums and bandits irrespective of their tribe or religion.

“For people stoking ethnic tension, they are criminals and once you get them, they should be arrested and treated like common criminals.

“I am sure that since you came in, you must have heard about some things happening at Ibarapa axis of the state. I will still say it here that we are not after Hausa-Fulani. We are after criminals”, he said.

CONFUSION OVER ALLEGED KILLING OF MAN BY LAGOS HOODLUMS