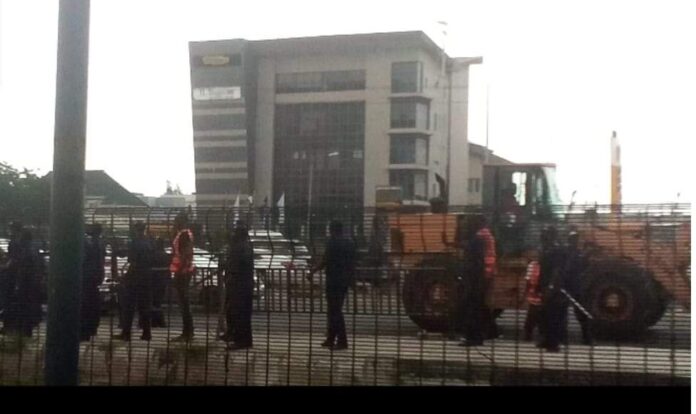 There was pandemonium in the Marwa axis of Lekki phase 1 on Tuesday afternoon, January, 12, as Okada (Motorcycle) riders clashed with officials of the Lagos State Environmental Task Force.
.
The furore started after the Taskforce officials seized the goods of some street traders around Marwa.
The Okada riders, mainly Fulani and Hausa, became incensed that they were seizing and demolishing businesses of their brothers and started protesting.

The Okada riders ran away while the Taskforce officials, now emboldened by police presence, chased and caught some of the Okada riders.

TO LOVE LAGOS, IS TO FIGHT FOR A BETTER LAGOS

HOW POLICEMEN KILLED MY BROTHER IN 2010 -Nollywood Actress, Mosun Filani

Girl, 8 Dies after being Electrocuted by Faulty Christmas Lights