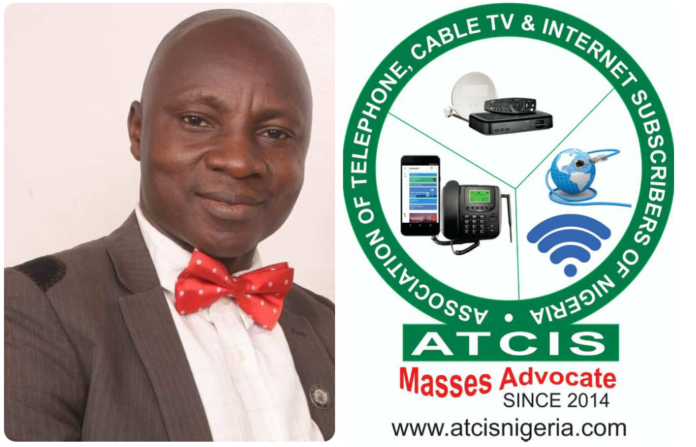 The Association of Telephone, Cable TV and Internet Subscribers, ATCIS has expressed its displeasure over  the newly important USSD service  charge by the Central Bank of Nigeria and Telecommunication Companies.

On Tuesday March 16 2021,  the Central Bank of Nigeria announced a new USSD service charge of N6.98K on every financial Transaction done by Bank account owner in Nigeria.

While speaking with Citizen NewsNG/Citizen Magazine, the National President of Association, Prince Sina Bilesanmi said: “The Obnoxious  charge  is unacceptable and must be rejected by every Bank account holder. It is exploitative and this Dictatorial act must stop forthwith”.

“We can no longer sit back and watch the financial institutions and the Telecommunication Companies exploit Nigerians of their hard earned resources.

In a letter dated October 14, 2019, the  ATCIS wrote  and requested for the outright cancellation of the proposed USSD service charge,  a copy was also sent to the Presidency.

“I am amazed that the same Central Bank of Nigeria that was initially opposed to the unjustified USSD service charge in 2019 can now adopt it” Bilesanmi recalled.

Bilesanmi stated that the Nigerian Communications Commission has failed in its responsibility to regulate and provide guidelines for the Operators in the  Industry.

“This is the right time every Bank account owner should stand up and fight for their right. I could remember when the Communications and Digital Economy Minister, Patanmi proposed a ten percent Value Added Service on a minute call , we fought against this and stood our ground until it was reduced to 7.5%.” He said.

A New generation bank Customer in the capital city of Ikeja,  simply preferred to be addressed as Tope described the action of the CBN as imposition and Anti-Masses Policy.

However, the Central Bank of Nigeria had stated reasons for the review of USSD Service charge.

According to the apex bank, the deal was part of an agreement reached with banks following a disagreement between banks and telecom firms over USSD and other text message transaction requests. “Effective March 16, 2021, USSD services for financial transactions conducted at DMBs (Deposit Money Banks) and all CBN-licensed institutions will be charged at a flat fee of N6.98 per transaction,” the statement partly read.
This replaces the current per session billing structure, ensuring a much cheaper average cost for customers to enhance financial inclusion. This approach is transparent and will ensure the amount remains the same, regardless of the number of sessions per transaction.

“To promote transparency in its administration, the new USSD charges will be collected on behalf of MNOs (Mobile Network Operators) directly from customers’ bank accounts. Banks shall not impose additional charges on customers for us of the USSD channel.”

“We expected the CBN and Telcos to engage and dialogue with ATCIS periodically before making Policies that affects Bank account owners and Telecommunication Subscribers”, Bilesanmi noted.

HE WAD PLANNING FOR HIS MASTER’S IN CANADA. -says MOTHER OF...

NO REOPENING OF SCHOOLS YET -FG tells Nigerians