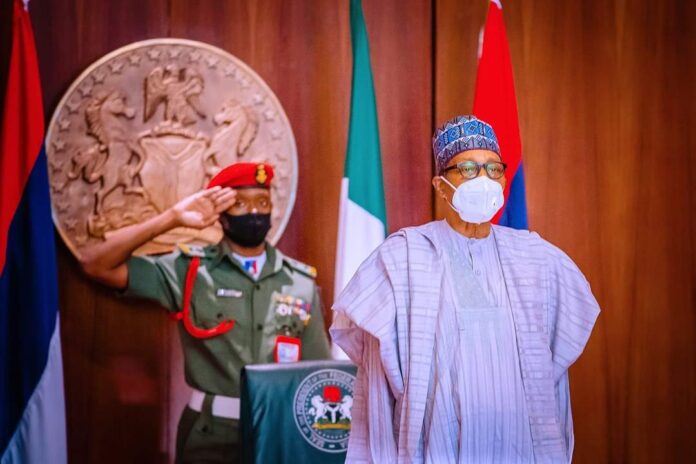 The National Security Adviser, Major General Babagana Monguno (retd.), on Tuesday said the President, Major General Muhammadu Buhari (retd.), has approved the declaration of Zamfara State a “no fly zone” as part of efforts to tackle the security challenges being witnessed in the state.

He said the President also approved the recommendation that mining activities in the state should stop immediately.

Monguno disclosed these in an interview with State House correspondents at the end of a meeting of the National Security Council held at the Presidential Villa, Abuja.

He said, “The President has approved, based on our recommendations, the imposition and enforcement of a ban on all mining activities in Zamfara with immediate effect until further notice.

“He has directed the Minister of Defence and the National Security Adviser to deploy massive military and intelligence assets to restore normalcy to that part of the country.

“He has also approved that Zamfara State should be declared ‘a no fly zone” with immediate effect.”

‌
Mungonu added that Buhari has directed security officials to clamp down on all those behind the security challenges being witnessed in the state and across the country.

He said some people were already under surveillance.

CORONAVIRUS, SIGN OF GOD IS ANGRY WITH THE WORLD -Pastor Ighadalo

WOMAN IN VIRAL VIDEO WITH BORNO GOVERNOR GETS PROMOTION FROM ...