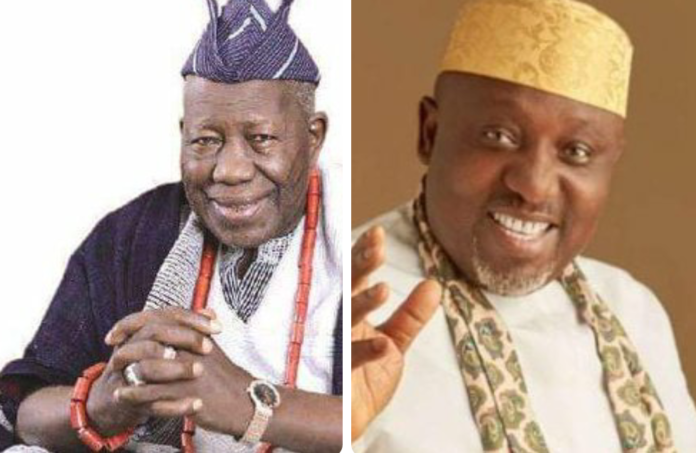 The Olubadan of Ibadan, Oba Saliu Adetunji on Saturday would honour Senator Rochas Okorocha with an award as ‘The outstanding friend of Ibadanland”.
In a notification letter sent to the senator, the Olubadan said the award is in recognition of the former Governor’s contribution to education of indigent children.
This was done through the establishment of tuition-free schools, Rochas Foundation Colleges in Ibadan, Oyo State.Olubadan to honour Okorocha
Twenty-five thousand indigent children and 6,000 from Oyo have benefitted from Okorocha’s free education programme.
The award would also cap the grand finale of the 2021 Ibadan cultural festival celebrations at the Liberty Stadium.
Several years back, Senator Okorocha established the Rochas Foundation Colleges in Sokoto, Zaria, Yola, Bauchi, Kano, Jos, Ibadan, Calabar, Enugu, Owerri, and Ogboko in Imo state.
The college provides free education for indigent children.
The gesture was expanded to 55 African countries where indigent children are randomly selected and given free education up to university level.

No More Imposition in APC from Abuja -Buhari Declares…

Tragedy as Woman Dies in Concubine’s Matrimonial Home in Imo