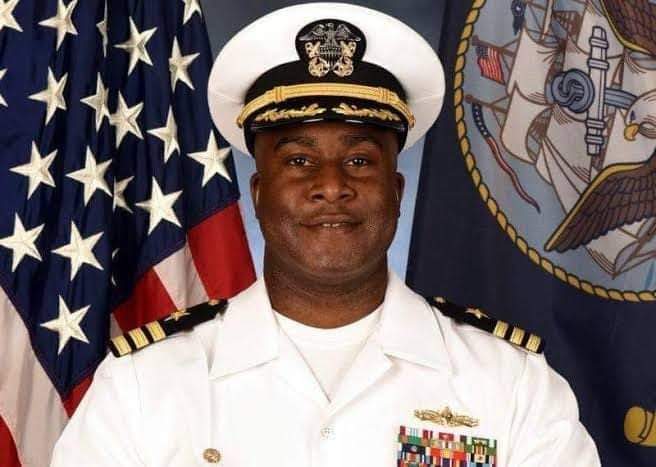 A Nigerian-American, Kelechi Ndukwe, has been congratulated on his new role as commander of a US Navy Guided Missile Destroyer.

In a tweet on Thursday, the US Mission in Nigeria said Ndukwe, who graduated from Notre Dame and the US Naval War College, is the first Nigerian-American captain of a Navy ship.

Kelechi also served at the Pentagon in Washington.

“Kudos to Kelechi Ndukwe on his new role as commander of a U.S. Navy Guided Missile Destroyer. The University of Notre Dame and the U.S. Naval War College alumnus becomes the first Nigerian-American captain of a U.S. Navy ship. Congratulations!” the tweet read.

In the handing over ceremony hosted live on Facebook, Ndukwe recalled how his parents migrated to the U.S. from Nigeria in 1977 as “poor college students with hopes and dreams.”

Amidst claps from the cabin crew, he said: “Thank you for your example of hard work and dedication and the foundation you have laid for your children.”

Ndukwe said he is the oldest of his parent’s four children “but also the smallest. And now their son is the captain of a U.S. warship. In America, anything is possible.”

We Are Supposed To Be Given Awards For Surviving In Nigeria...