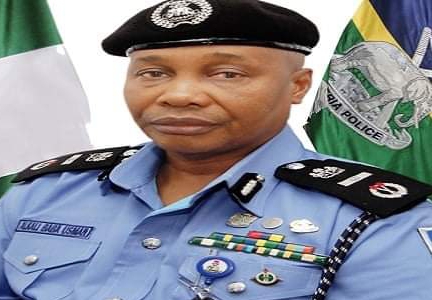 The Inspector General of Police, IGP, Usman Alkali-Baba, has tasked Nigerians to change their negative perception of the police, for enhanced service delivery.

Mr Alkali-Baba, represented by Commissioner of Police Ade Hamzat, said this on Wednesday at a one-day High-level Policing Executive Forum entitled: “A New Vision for Policing in Nigeria.”

The forum was organised by the Police Reform and Transformation Office, PORTO, with the support of other partners including Cleen Foundation and MacArthur Foundation.

The IGP said there was need to change the narrative of the public in addressing the police during the discharge of their duties.

“There must be a constructive change of public perception towards the police and policing in order for the transformation of policing to be balanced in the country,” he said.

Mr Alkali-Baba urged human rights activists to address the constant breach of police rights by members of the public to ensure a balanced policing transformation in the country.

He said that for a more balanced police transformation, there was need for human rights activists to also stand up for the police whose rights were constantly being abused by the public.

“Just as I have said it, the police too have their rights abused.

“When we actually did a policing in some other clients outside Nigeria and we saw the cooperation the police get from the public, and we compared our performance outside Nigeria, we discovered that the difference is clear with the policing in Nigeria.

The IGP called for collaboration with members of the public to ensure better security and policing in Nigeria.

Mr Alkali-Baba also said that the police would continue to improve on their service delivery while calling for the protection of the rights of officers.

Tunji Lardner, the Executive Director of PORTO and Senior Special Assistant to the President on Policy, said that the police was intricately intertwined with politics which ought not to be.

Mr Lardner said that for improved policing, the police must stand alone central to law and order and must transcend regardless of what poltical party or government was in place.

“We have to find out why the police reform is working or not working and find out the elements that has creeped into the system and provide solution to it.

“We should not just think about the police reform as just a sectoral reform focused on the police alone, the police is constitutionally at the center of law and order.

“What we are trying to do is to establish the centrality of the Nigerian police force based on the constitutional responsibility at the heart of our security challenges.

“This is why the 21st century policing is needed, we must move away from the analog policing mentality and embrace the digital integration of the police,” he said.

He called for more engagement to address the policing systems in order to fit into a digitalized vision.

Mr Charles Omole, the Special Adviser to the Speaker of the House of Representatives on National Security and Intelligence Matters, said that the police had largely been underfunded to effectively carry out its duties.

He lauded President Muhammadu Buhari”s administration for giving the police better attention and fundings which ought to reflect in the attitudinal conducts of the police.

“The problem of the police is that they’ve been badly funded over the years, but under this government, there has been an increase in funding of police with better settlement for their welfare.

“And all that would take time to reflect in the attitudinal change needed by police officers in the discharge of their duties.

“However trainings and more trainings is needed to brtih and announce the new vision of the police,” he said.

He appealed to Nigerians to encourage, support and give the police a chance to effectively police and not antagonize the system and the officers during the discharge of their duties.

Gad Peter, Executive Director of Cleen Foundation, represented by Olumuyiwa Olaniyi, a Programme Director, said that there was need for collaboration between the police and the public to enhance policing.