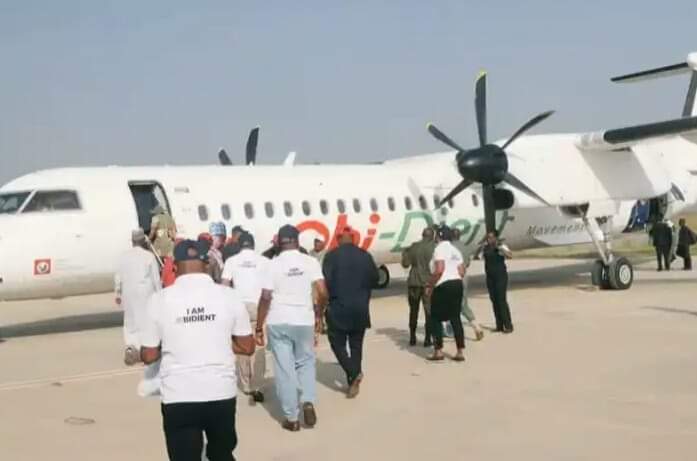 The private jet carrying the presidential candidate of the Labour Party, Peter Obi, has been grounded by the Federal Government.

Obi was expected in Ibadan for a political rally, however he was unable to travel because the plane was grounded for “Regulatory” reasons.

Diran Onifade, the media coordinator for the Obi-Datti campaign, reaffirmed this in a statement.

He said; “The Obidient plane was grounded today by the powers that be “for regulatory reasons” only. Please ignore any mischievous rumour. Our massive rally in Ibadan is going on as planned.”

In the meantime, supporters of Obi, also known as “Obidients,” were spotted on major roads in Ibadan waving banners and wearing clothing customized by the Labour Party.

The rally will take place at Adamasingba Stadium, where security will be tight. Party members will form a single line outside the stadium before being screened into the main event area.

As fans eagerly await the arrival of Obi and Datti, music is playing in the background and the mood is jubilant.