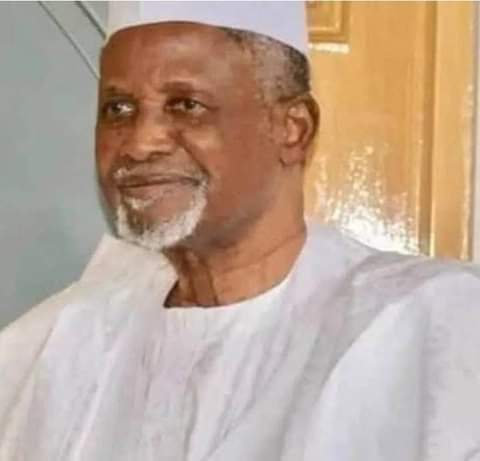 Kano elder statesman and business mogul, Aminu Dantata, says he is no longer enjoying life and is hoping to depart this world faithfully.

The 91-year old Mr Dantata also asked for forgiveness from the person (s) he offended just as he said he has forgiven those who offended him.

He stated this on Tuesday when he received the Vice Presidential Candidate of the All Progressives Congress (APC), Kashim Shettima, at his residence in Koki quarters in Kano.

He said years back, he had travelled across Nigeria, meeting people and having friends in almost all the states of the federation but could hardly call out 10 who are still alive today.

“I have travelled to all the states in Nigeria and I have done things with people across all states, many were friends but sadly, of all the people I know, I hardly can call out 10 that are still alive.

“Honestly, as I am right now, I am just waiting for my time. I no longer enjoy life anymore. I hope I depart this world in good faith.

“I hope I did not offend anyone in life. If I offended anyone, I hope they find it in their hearts to forgive me. If anybody has offended me, I have forgiven them.

“I am now the only one left in my family living with grandchildren,” he said.

Mr Dantata, who is an uncle to Aliko Dangote, Africa’s richest man, commended Mr Shettima for the visit.

Mr Shettima, who was on a consultation visit to Jigawa and Kano states, said the visit was meant to reach out to elder statesmen in both states on the ongoing developmental projects in the northern region ahead of the 2023 general elections.

He was in Jigawa on Monday, where he met with the Emirs of Hadejia, Adamu Abubakar-Maje; Emir of Dutse, Nuhu Muhammad – Sunusi; Emir of Gumel, Ahmed Muhammad-Sani; Emir of Kazaure, Najib Husseini-Adamu and the Emir of Ringim, Sayyadi Abubakar-Maumud.