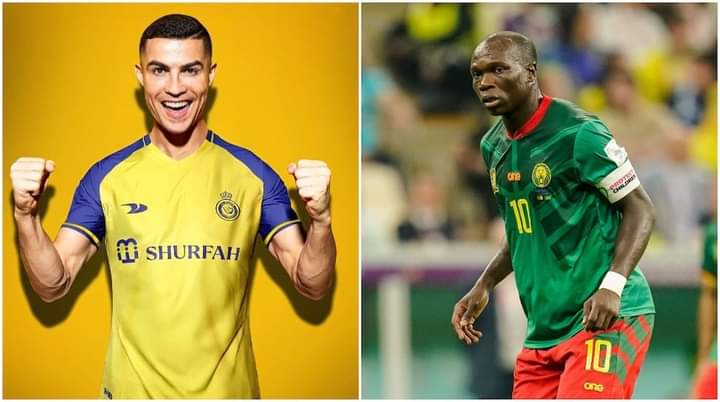 Saudi Arabian side Al-Nassr have reportedly terminated Vincent Aboubakar’s contract, in order to free up a space for new signing Cristiano Ronaldo.

According to rules set by the Saudi league, clubs are only permitted to register eight foreign players in their squads.

RMC Sport reports that Aboubakar’s contract with Al-Nassr has been terminated by mutual agreement, and he will receive compensation. He is now a free agent.

“Al Nassr terminated Vincent Aboubakar’s contract by mutual consent and he received all his financial rights,” the club source said, adding that Ronaldo was registered before Al Nassr’s game against Al Ta’ee on Friday.

“So now he served one game from the ban and will serve the other one against Al Shabab” on January 14, the source said.

The official did not address reports that Aboubakar, 30, could be on his way to Manchester United, saying he was now a free agent and could negotiate with any team.

Aboubakar’s departure allows Ronaldo to be registered and eligible to play for Al-Nassr. However, before he can begin playing for his new team, the 37-year-old must serve a ban that was imposed on him for knocking a mobile phone out of a 14-year-old’s hands in November.

He missed the first match of his two-game suspension as Al-Nassr defeated Al-Ta’ee 2-0, with Ronaldo in attendance from the stands.

The Portuguese will also miss the game against Al-Shabab next Saturday, but will be eligible to make his debut for Al-Nassr on January 22 in a home match against Ettifaq.