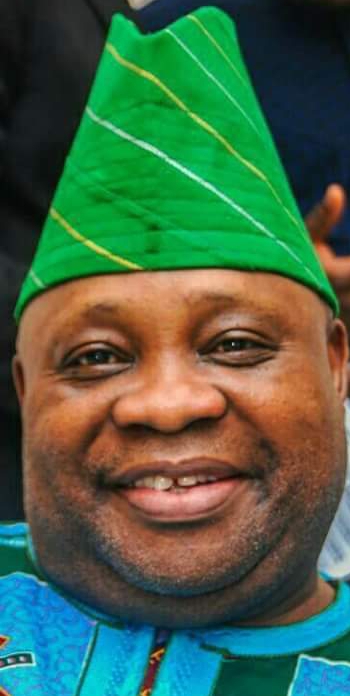 Governor Ademola Adeleke of Osun State has affirmed that the Atiku/Okowa ticket will win the South-West in a landslide victory, going by the massive goodwill and good programmes of the presidential candidate of the Peoples Democratic Party (PDP), Alhaji Atiku Abubakar.

Speaking at the presidential rallies at Ibadan on Thursday, Governor Adeleke noted that Alhaji Abubakar was a national candidate who had spent his years of professional and business life in South-West Nigeria, adding that “Yoruba people are determined to enthrone good governance as typified by the Atiku/Okowa candidacy.

“I have seen the high level of turnout and goodwill the PDP enjoys across Yorubaland. This was demonstrated in Osun State when I was massively voted into office. The light of grace started in Osun and Alhaji Atiku Abubakar is spreading it to all parts of South-West and Nigeria.

“Yoruba will support Atiku/Okowa candidacy, because he is the most experienced, most tested and the most stable to protect the interests of all Nigerians. Yoruba want an all-inclusive Nigeria and only Atiku can deliver on that.

“Osun State will vote PDP; same for Oyo, Ekiti, Ondo and Lagos states. Atiku’s blueprint is the only one that can take Nigeria out of the wood.”

Speaking at Mapo Hall in Ibadan, Governor Adeleke, who was widely hailed by the party supporters, called on the Yoruba to reject mediocrity and embrace good leadership under Atiku Abubakar.

“Next month is around the corner. Vote PDP at all levels. Secure your future. Osun people have shown the template. We must copy Osun State. Osun State hosts the cradle of Yorubaland and Osun is now PDP and is enjoying rule of law, due process and good governance,” he emphasized.