Attah Azimma, a 30-year-old man has been killed by his own brother over a piece of dog meat – According to reports, the two brothers have been cordially related until the day – the assailant, Kandarira shot the deceased in the head.

Attah was shot by Kwaku Kandarira, 35, after confusion ensued between them over the HEAD of cooked dog meat. Reports indicate that Kandarira was the one who prepared the meat but Attah wanted to use his own means to get the sweetest part which is the head. 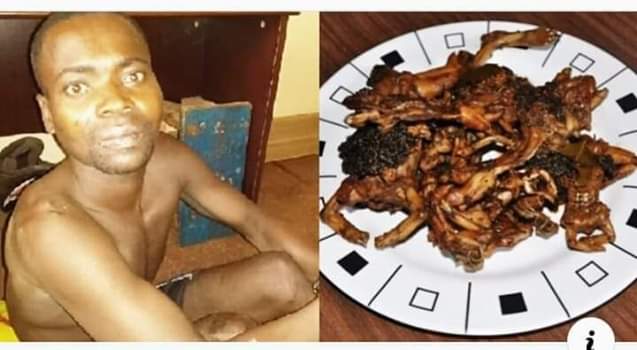 The suspect, Kandarira quickly dashed off to his room, pulled out a gun and fired his own brother in the head over the bowl of contention that existed between them.

Azimma’s body has since been deposited in a morgue for autopsy whilst police have also apprehended Kandarira to assist in investigations.

The residents disclosed that the two brothers lived together peacefully until the shooting incident on Thursday, January 16, 2020.

After detaining the suspect, the police also took his gun as an exhibit.

My Husband And I Agreed That Another Man Impregnated Me Because He Has Low Sperm Count — Wife ▪She Never told me...

We’re Coming for You – COAS Attahiru sends Message to Igboho,...

NIGERIA WILL DO ANYTHING FOR VENTILATORS -says Trump

STRANGE: GINIMBI BOUGHT CASKET A WEEK BEFORE HIS DEATH