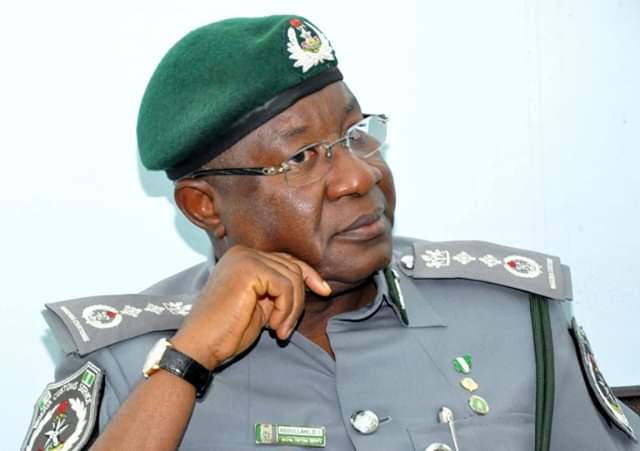 Justice Ijeoma Ojukwu of the Federal High Court, Abuja on Monday adjourned the arraignment of the ex-Comptroller-General of the Nigeria Customs Service (NCS), Abdullahi Inde-Dikko, till May 3.
Her decision followed the failure of the prosecutor, Ebenezer Shogunle, to arrest the first defendant, who had allegedly travelled out of the country for medical attention and evaded previous sittings on the charge of fraud brought against him and two others by the Independent Corrupt Practices and Other Related Offences Commission (ICPC).
Ojukwu said since the last sitting, she endorsed the bench warrant for the ex-Customs boss’ arrest, but the prosecutor failed to collect it.
She told the prosecutor: “Usually, the next thing they do before I leave at 4 or 5:00pm, they bring the warrant for my endorsement. I have endorsed the warrant, but you have never come for it. Is that not the position? So, you know you are not serious.”
The warrant was necessitated by Dikko’s continued failure to attend court to defend the charge ICPC had brought against him.
Shogunle recalled to the court that on the day the matter was adjourned, he was asked to verify the whereabouts of Dikko.
He said: “We confirmed that the first defendant left Nigeria on February 14, three days before the sitting of the court. His destination was Dubai. Currently, the first defendant is reportedly in London.”
He pleaded with the court to extend the duration of the bench warrant and sought a further date for the arraignment.
The judge told him that the directive was for him to arrest the first defendant and arraign him.
She said the prosecutor seemed to be unserious with the matter and if that was the case, he should allow her to discharge the accused.
She said: “I am not adjourning this matter for the sake of it. If you are not interested in it, let me discharge it. Whenever you are ready to prosecute the first defendant, we will re-arraign him.”
Counsel to the first defendant, Solomon Akuma, told the court that the prosecutor had failed to investigate thoroughly to know whether his client was in hospital.
He objected to the issuance of bench warrant on the first defendant, wondering why the prosecutor was insisting on an extension for him to serve the bench warrant despite the previous time he was given to do so to no avail.

FOUR SUSPECTS DOCKED IN OGBOMOSO OVER ALLEGED KILLING OF A BULLDOZER...

PRESIDENT BUHARI CONDEMNS KILLING OF 47 PERSONS BY BANDITS IN KATSINA