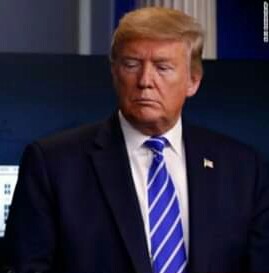 More Americans have died from Covid-19-related illness than 58,220 who died over two decades in Vietnam

The US death toll from coronavirus has climbed to more than 58,300, surpassing the deaths of Americans from the Vietnam War.

Within three months of the outbreak, more Americans have died from Covid-19-related illness than the 58,220 Americans who died over two decades in Vietnam.

Several daily US death tolls from coronavirus have eclipsed 2,000 lives.

On Tuesday, the number of people who have been confirmed to have the virus reached more than 1 million, according to data from Johns Hopkins University.

Asked during a White House briefing on Monday whether a president should “deserve” re-election if more American lives have been lost within six weeks than during the Vietnam War and its aftermath, Donald Trump said the US has “lost a lot of people” but said that “original projections” had initially predicted more than 2 million deaths.

The president has frequently compared himself to a “wartime” president facing an “invisible enemy” during the public health crisis.

Coronavirus cases in the US have eclipsed every other country and now represent nearly a third of all global infections. US deaths account for more than a quarter of global death toll.

The dramatic surge in infection follows a nationwide scramble to repair a significant shortfall in testing capacity. Fewer than 100 cases were identified in the US at the beginning of March. But over the last several weeks, daily death tolls have reached more than 1,000.

According to the US National Archive, approximately 58,200 people died during conflicts in Vietnam from 1955 through 1975, including 47,434 people who died in combat.

GANI ADAMS NOT INVOLVED IN ATTACKS ON FORMER AIDE