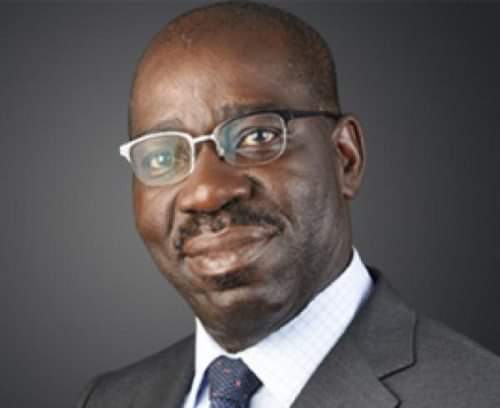 The leadership of the People’s Democratic Party (PDP) will meet Thursday on the fate of Edo State Governor Godwin Obaseki, who is seeking its ticket to re-contest.
Sources in the main opposition party said last night that the meeting will consider the reports from the various leaders of the party that the governor has met with in the last five days.
Obaseki met with Governors Nyesom Wike (Rivers) and Udom Emmanuel (Akwa Ibom) at the weekend before announcing his resignation from the All Progressives Congress (APC) which disqualified him from participating in its primary.
His deputy Phillip Shaibu also resigned and lowered the APC flag in the Government House in Benin.
Obaseki has also reached out to PDP National Chairman Uche Secondus and Sokoto State Governor Aminu Tambuwal, the PDP governors’ forum chair.
How the party will give him the ticket after the completion of the process leading to the primary without a backlash will be the main issue for discussion, it was learnt.

Nigerians Will Choose Between Tinubu And Others In 2023 –Sen. Durojaiye