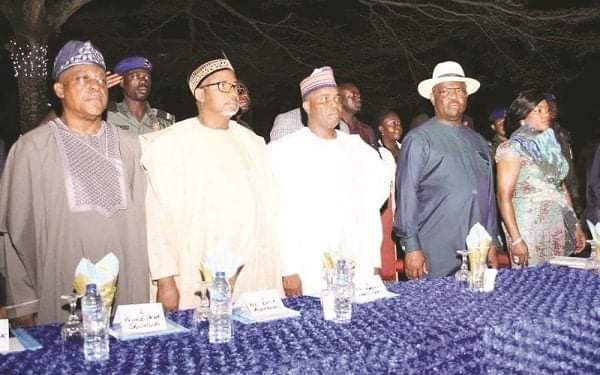 Buhari’s Trip to UK: Seeing Beyond the Ranting of An Agnostic Junkie ▪By Ali Abare

‘Nigeria Go survive’ Despite the Tempests ▪ By Fredrick Nwabufo

Our Common Bond • By Segun Gbadegesin

LAGOS MULLS RE-ORDERING OF 2020 BUDGET TO CUSHION EFFECTS OF COVID-19...

SERIAL FALSEHOOD AGAINST MAGU IN THE MEDIA: LAWYER’S STUNNING LETTER TO...

DON’T BE TOO QUICK TO QUIT YOUR RELATIONSHIP

What Herdsmen told Me About Banditry, How to End It –...

I NO FIT LOVE ANY OTHER NIGERIAN WOMAN AGAIN AFTER THE...