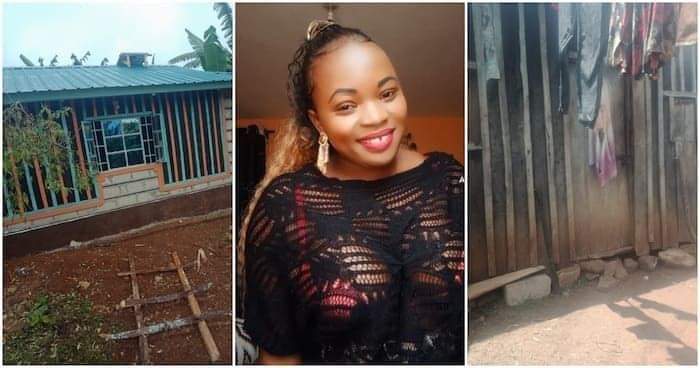 A Kenyan woman, Mary Nkatha has narrated how she managed to build a house for her widowed neighbour who was living in a dilapidated house.

Nkatha said she got a lucrative business deal last year and instead of making donations in church, she instead opted to save the money for a house.

Speaking to Tuko Kenya, Nkatha said she stopped giving offerings and tithes in church and decided to build a house for her neighbour who has been struggling since the death of her husband.

“After I thought about how pastors are taking advantage of other Kenyans in the name of tithe, I stopped giving in church and instead saved all that money so that I could build a house for my struggling neighbour,” she said.

Nkatha said when the idea came to mind, she approached the widow who was living in a shanty and conveyed her interest to build her a better house and she gladly accepted.

Nkatha said she still goes to church but has stopped giving tithes and offerings.