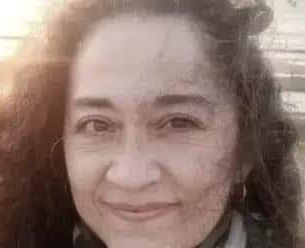 A woman whose dismembered body washed up in Peru flew to the country to meet a man she met online and may have been killed for her organs, authorities have revealed.

Blanca Arellano, from Mexico, met a Peruvian man on a gaming app and after several months of chatting online, she travelled more than 3,000 miles to meet him.

November 7 was the last time Blanca’s family heard from her. She had told niece, Karla Arellano, that things were progressing well and the pair were getting along.

But days then passed without any information and her family got worried.

Karla then posted a Tweet asking for help to find “one of the most loved and important people in my life”.

In the post, Karla said the family “feared for her life”.

“I never thought I would be in this situation, but today I’m asking for your support to spread this post and find one of the most loved and important people of my life. My aunt Blanca Olivia Arellano Gutiérrez disappeared on Monday November 07 in Peru. We fear for her life.”

Desperate to get some answers, Karla also reportedly reached out to 37-year-old Villafuerte, who told her that her aunt had “decided to return to Mexico”.

In another post on Twitter she wrote: “They were in Huacho and she left for Lima by her own means to later go to Mexico but that has not happened.”

According to local media reports, a local fisherman found a faceless head in the port of Huacho, on November 9.

An arm and a toro – minus its organs – was also later found, along with a single finger wearing a ring.

Authorities were able to eventually determine that the body parts were Blanca’s after her family identified the ring.

On November 17, Villafuerte was arrested by police and named as the chief suspect in Arellano’s murder and investigators are looking into whether the killing was related to organ harvesting.

Authorities believe he did not act alone.

In a post on Twitter, Arellanos heart-broken niece wrote: “We have no words to express what we are experiencing.

“My aunt was a kind, warm person, full of light, intelligent, dedicated, loving and that is how she should be remembered.

“We believe in Peruvian laws and we fully trust the authorities to make it happen as they have done an impeccable job so far. It’s time to raise your voice and ask for #JusticiaParaBlanca.”