Years back when I was transferred from Edo State to Ibadan as the Oyo State Correspondent of the Punch newspaper, the gut reaction of my ‘concerned’ colleagues was that I had been taken to Golgotha, a spot interpreted by the evangelists in Matthew 27:33 as “the place of the skull.” It was at Golgotha that the head of Jesus Christ was covered with crown of thorns; and given vinegar, mingled with gall, to drink as the denouement of his baptism of fire and crucifixion by the chief priests and elders of the Jews!

I was barraged with questions such as ‘who did you offend, why did they transfer you to Ibadan? Did you know this is the hometown of the owners of the Punch? Have you heard about Dr. Lekan Are? The summary of the issues raised by these Afeniferes was that Ibadan, nay Oyo State, was a dreaded and demanding beat, which turned out to be a myth in my reckoning. Although, the tale momentarily got me stupefied, but I later took it in my stride.

I must confess that I had initially erroneously believed that the transfer could be punitive, given the boast of the media handlers of a former Edo State Governor, Chief Lucky Igbinedion, to ‘deal with’ me. They had, without plausible reasons, dubbed me a pain because of what they termed my uncompromising stance in the reportage of issues and events in the state. The last straw that broke the camel’s back in my not too genial relationship with the state officials was my exclusive report published in the August 1, 2005 edition of the Punch, which detailed how the N1billion loan the state government sourced from the capital market in 2000 was frittered. The sprawling Iyekogba Housing Estate, for which the loan was collected, turned out to be a white elephant as it became home to reptiles and people of shady character five years after. (I doubt if successive administrations had revisited the project).

An insider had confided in me that a petition was actually written against me by the government alleging that I was being used by the opposition defunct All Nigeria Peoples Party to discredit the government. But, in 2008, I was vindicated when Justice Abdullahi Kafarati then of the Federal High Court, Enugu, found the ex-governor, with his Kiva Corporation Limited, guilty of soiling his hands with the patrimony of Edo people and was subsequently convicted. In a plea bargaining that saw him wriggled out of the Economic and Financial Crimes Commission’s snare, Igbinedion was asked to pay N3.6m fine as an option for going to jail. Although the court equally asked him to refund N500m and forfeit three houses, the punishment was considered a slap on the wrist by commentators. The EFCC also kicked, pronouncing it as “scandalous,” while celebrated author, Prof Okey Ndibe, described the bargaining as a “ruse of law.”

Fast forward, I shook off the scaremongering about the rationale for my transfer, which in any way was a routine exercise in the newspaper, and settled down for business in Ibadan. In the second week of my arrival, I went to pay homage to Dr. Lekan Are at Kakanfo Inn, where he called the shot as the chairman. I was awestruck by his palpable bonhomie and pleasantry, which was at complete variance with the narratives about him. Moments after the courtesies, Baba launched into the trajectory of Kakanfo Inn and Conference Centre, which, he said, he founded in 1988 to fill the void created by the dearth of standard hotels in Ibadan. To maintain its pristine ambience and facilities, Dr. Are told me he ensured that they were given periodic facelift and replacement as a rule. Baba was also punctilious in providing ancillary facilities to attain high standards for the hotel. I should not forget to add that he promptly introduced me to the then Managing Director of the hotel, Mr. Ajah Bawa, whom he directed to ensure that I was given lunch before leaving. It was altogether an exhilarating experience that belied Dr. Are’s demonization by those that I believed could not cope with his high standards, which I found to be sublime rather than extraordinary.

From what I gleaned from reliable sources about Dr. Are back then, he loathes dishevelled appearance, dishonesty, lateness to any event he assigns you to cover and misrepresentation of his or any newsmaker’s views or slanted reportage. Furthermore, I learnt that you must arrive at venues of his assignments at least 15 to 30 minutes before the time specified. He does not suffer fools gladly and does not brook mediocrity or sloppiness. A stickler for panache, Dr. Are wears his heart on his sleeve, because you always know where you are with him on any given matter. These were ideals he held dear to his heart and for which people could easily wormed their way into his affections.

In my close to five years of reporting for Punch in Ibadan, I enjoyed a very robust father-son relationship with Dr. Lekan Are. He once called me to bring my wife to his hotel to have dinner as a treat. He was a lesson in honesty, hard work, integrity, patriotism, respect for one’s wife (he hardly attended occasions without Mama, whom he lovingly referred to as Bisi, in tow) and devotion to a person’s birthplace. Dr. Lekan Are was a venerated Ibadan elder, thrifty businessman, publisher, writer, educationist par excellence, welfarist, philanthropist and a man of sartorial elegance known for his signature onile gogoro (tall) cap.

By his departure, Ibadan has lost an eminent son who was committed to the advancement of its course, while the country has lost an astute businessman and patriotic citizen who invested his wealth of experience as an agronomist, as well as his well-earned resources in the country.

Without equivocation, Dr. Are put the welfare of his workers in the front burner judging by the free medical services extended to them, access to housing and car loans, as well as the payment of productivity bonus and 13th month salaries as a sole proprietor. He not only held annual get-together and long service award for workers that served for ten years and above, Baba instituted ‘Best Workers’ Award’ as an incentive for “dedication and detection of fraud.” Nothing more can attest to his affability other than the longevity of those in his employ.

For instance, he retained the services of Bawa, the Indian MD of the hotel for 20 years before the gentleman relocated to his country. I also knew of Mrs. Remi Ojo and Mr. Emmanuel Umanah (then food and beverage manager) who were celebrated and given cash awards for clocking 20 years in the hotel as at 2007. As an icing on the cake, Dr. Are gave Umanah a giant deep freezer at the 2007 event “for not falling sick for one day nor incurring medical expenses in 20 years!”

As the President of Ibadan Foundation, a non-governmental organization, Dr. Are contributed hugely to an annual bursary award for indigent, but brilliant students of tertiary institutions and secondary schools of the state’s origin, as part of his philanthropic gestures. At the 9th edition of the award in 2008, 39 students were given N600, 000, at a colorful ceremony held at Kakanfo Inn.

A boardroom wizard, Dr. Lekan Are’s was the longest-serving director on the board of Punch Nigeria Limited, where his sagacity contributed largely to the sustenance of the newspaper’s good fortune over the years. Indubitably, he also left an imprint on Ogun-Osun River Basin Development Authority, which he superintended as general manager.

My thoughts and condolences are with Mama, Baba’s soul mate of several decades; the children and the bereaved extended family. Dr. Lekan Are has left to be with his maker, but his footprints and legacy remain indelible on the sands of time.
Akin Oyedele, a former Chief Correspondent with the Punch newspaper, writes from Ibadan. 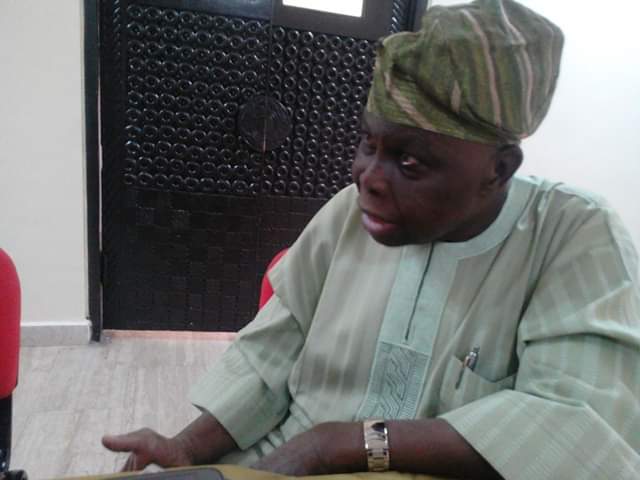 HOW NDOMA-EGBA’s WIFE, 6 OTHERS DIED IN ROAD ACCIDENT

FLASHBACK: HOW LAGOS PRESCRIBED HERBAL MEDICINE FOR SPANISH FLU IN 1918