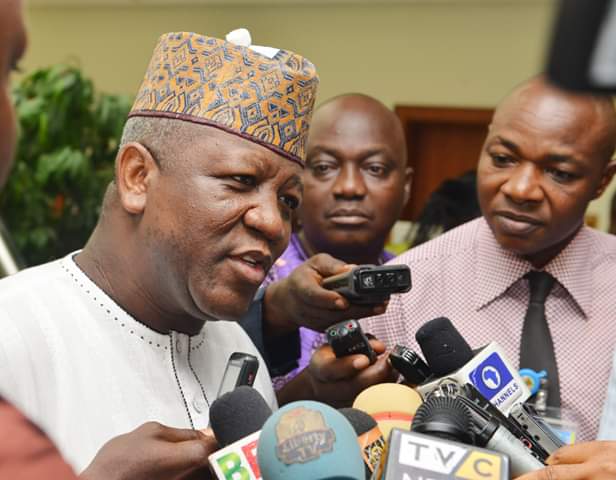 The All Progressives Congress in Zamfara State has said it would approach the Supreme Court for a review of the judgement awarding its victories in the 2019 general elections.
The immediate-past governor of the state, Abdul-Azeez Yari, disclosed this on Tuesday in an interview after leading the state APC to a meeting with the National Working Committee of the party in Abuja.
At the meeting presided over by the APC National Chairman, Adams Oshiomhole, the party accused the Governor Bello Matawalle-led Peoples Democratic Party of using the police to disrupt their meetings as well as detaining and imprisoning their members.
Yari said the decision to approach the apex court for a review followed the protest that greeted the judgement nullifying the victory of the PDP Emeka Ihedioha as governor of Imo State.
He said, “We have heard that the National Chairman of the PDP (Uche Secondus) staged a protest to the US Embassy. We also decided to be there too as the APC with some national leaders to tell the US that what PDP is complaining in Imo we got a more painful one in Zamfara.
“The apex court decided to award our gains to the PDP which has never happened before. We are also seeking the apex court to review this judgement because it is purely injustice to us.”

TO KEEP NIGERIA ONE By Simon Kolawole