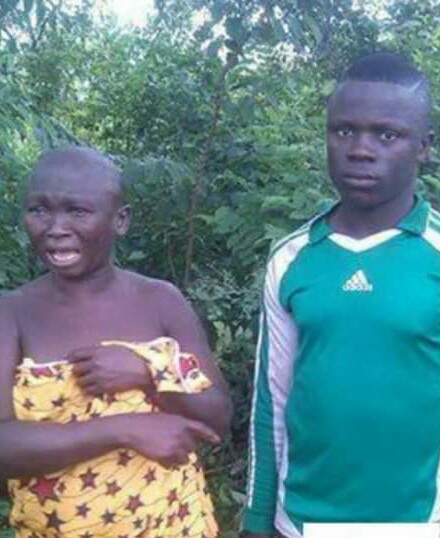 Abolarin Funmi, an eye witness who reported the case said she’s been suspecting the young man for always coming out from behind the primary school.
We reported that the young boy who is identified as a “bike man” has been having Carnal knowledge of this woman behind Kajola Primary School in Oyo state.
 
When caught, angry mob with rage and anger attacked him and while at it, the village vigilante came to his rescue as the beating was becoming more and more serious with more people joining hands.
Funmi said she has been seeing him, whenever he comes out from behind the primary school, the mad woman would be seen few minutes later around the area doing her normal activities of picking up dirts.
The community vigilante who came to his rescue said he would be handed over to the police for further investigation and possible punishment..

Opinion though is that the woman who can be seen crying may have been hurt by the young man.

My Husband And I Agreed That Another Man Impregnated Me Because He Has Low Sperm Count — Wife ▪She Never told me...