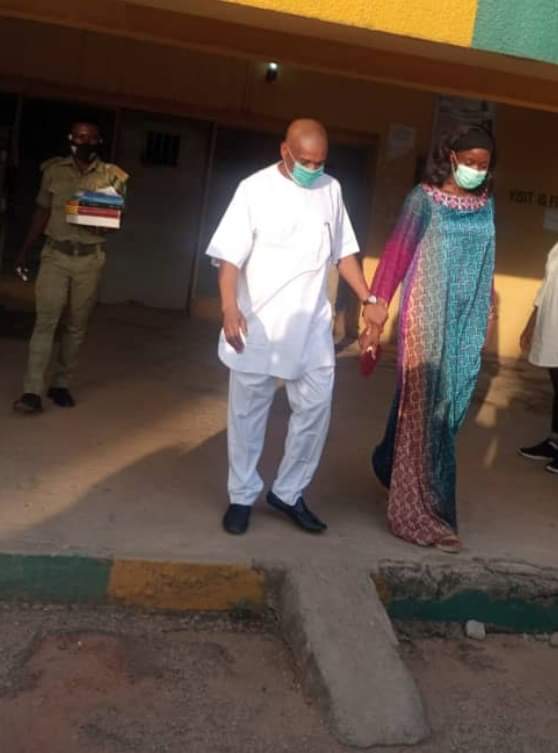 Senator Orji Uzor Kalu on Wednesday night returned home from custody.
The Senate chief whip was freed from the Kuje Correctional Centre at about 7:30pm.
His release was ordered on Tuesday by Justice Mohammed Liman of the Federal High Court sitting in Lagos.
The judge also set aside the fraud trial and the 12-year conviction of the former Abia State governor (1999 -2007).
The judgment in the N7.65b fraud case involving Abia State fund was delivered on December 5, last year.
Convicted along with Kalu were former Abia State Government House Director of Finance Ude Udeogu and Kalu’s firm Slok.
But on May 8, the Supreme Court in an appeal by Udeogu, quashed the judgment and ordered a trial of the case afresh because Justice Muhammed Idris, who delivered the verdict no longer had jurisdiction having been elected to the Court of Appeal.
On the strength of that judgment, Kalu asked the court to free him. This was granted.

OUR SECURITY SYSTEM HAS FAILED -LAWAN

The dangers of eating too much restaurant food