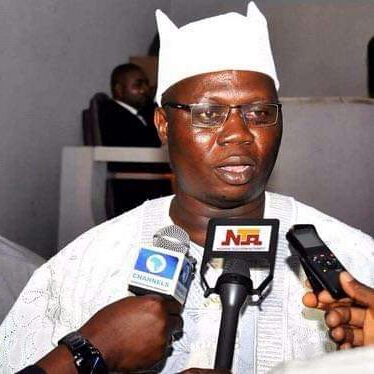 Adams, in a statement, said it would drive home their demand for police reform and other sundry issues affecting the nation.

Extolling the courage displayed by the youth, Aare Adams said they have written their names in gold for raising their voices against police brutality and standing up to fight against bad leadership.

He commiserated with the families of those that lost their loved ones in the course of the struggle, adding that the dead ones would be remembered as heroes and live in the minds of Nigerians.

“The deaths were avoidable. The people who lost their lives could have been saved. There was no reason for the vicious attacks on innocent citizens. It is, therefore, very important for the Federal Government to unravel those behind the killings,” he said.

Aare Adams also condemned the destruction of private and public properties, saying that some of the assets destroyed represent the bedrock of Yoruba political economy and ageing civilisations.

“City Hall, Lagos Television and many others are legacies of Chief Obafemi Awolowo.

“We condemn in the strongest term this reckless and coordinated attempt to destroy Yoruba economic birthright,” he said.

While urging those trying to put ethnic or tribal colourations to the wanton destruction of public properties in some parts of Lagos, Adams urged the purveyors of such misinformation to desist from spreading lies against the Igbos.

Those hoodlums that engaged in the looting and destruction of public properties, he said, did that for their selfish end, stressing that some of the Igbos in Lagos also lost their businesses and properties to the ugly incident.

He pointed out that attacks have shown how vulnerable Lagos and the entire Yorubaland race are.

LADY COLLUDES WITH FRIEND, FAKES HER OWN KIDNAP TO EXTORT MONEY...

POLL: THERE MAY BE STATE OF EMERGENCY IN EDO -INEC

NEW GENERATION KINGS AND THE ‘MIKE TYSON’ OF IWO