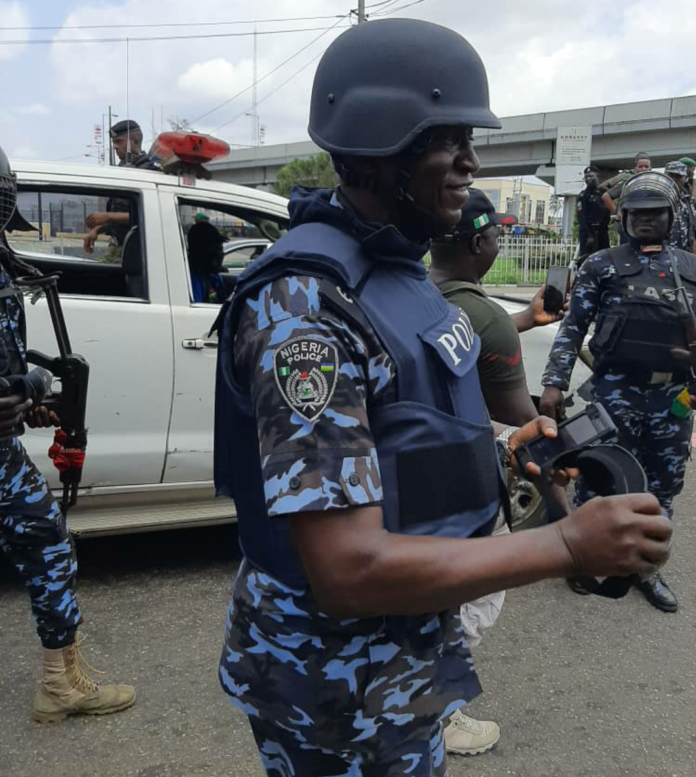 In a bid to have free, fair and credible bye elections into the Lagos East Senatorial and Kosofe 11 Constituency, Lagos State House of Assembly seats, the Lagos State Police Command has declared restriction of movement between 6am and 6pm of Saturday, 5th December, 2020.

The Commissioner of Police Lagos State, CP Hakeem Odumosu made the declaration today Thursday 3rd December, 2020 while deliberating on the strategies put in place with the election monitoring officers deployed from the Force Headquarters, Abuja, to assist and monitor the elections in Lagos State.

The Command has deployed a reasonable number of police personnel and other security agents to cover and provide security at the one thousand, nine hundred and twenty eight (1,928) polling units in the areas.

The Commissioner of Police reiterated that there wont be both vehicular and pedestrian movement in and out of the affected the Local Government Areas during the elections except those on election duties, essential services and accredited domestic and foreign election observers.

The Police Boss however warned electorates and political gladiators to play the game according to the rules and provisions of the Electoral Acts 2010. He also warned that no police aides or security agents will be allowed to escort their principals or any Very Important Personalties (VIPs) to polling units or on any movement while the elections lasted; noting that any security aides violating this directive will be arrested and caused to face the full weight of the law.

‘Fulanization’ Agenda Sponsored by World Powers, Igboho Must Not be Touched...