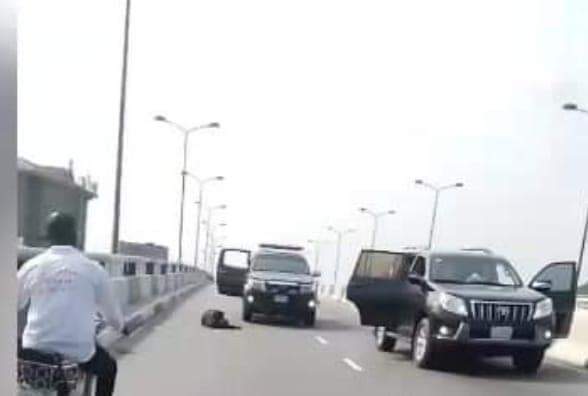 Three policemen have been killed by gunmen during a suspected kidnapping incident on Rumuokoro flyover in Obio Akpor Local Government Area of Rivers State.

According to reports, the incident happened on Thursday. Gruesome videos from the incident, showed the bodies of the victims on the road with blood spewing from their wounds. In the video, some citizens who were on the scene observed that one of the policemen was still alive, however, no attempt was made to help him. The police has said it is investigating the incident.
FOR ADVERT, POLITICAL CAMPAIGN ONLINE BANNER & POSTER DISPLAY, EVENT COVERAGE, SPONSORED ARTICLE/STORY PUBLICATION, PR AND OTHER MEDIA SERVICES:
PLEASE, SEND AN EMAIL TO : citizennewsng@gmail.com

STRANGE BUT TRUE ! Female Chorister Discovered To Be A Man After Death | Citizen NewsNG