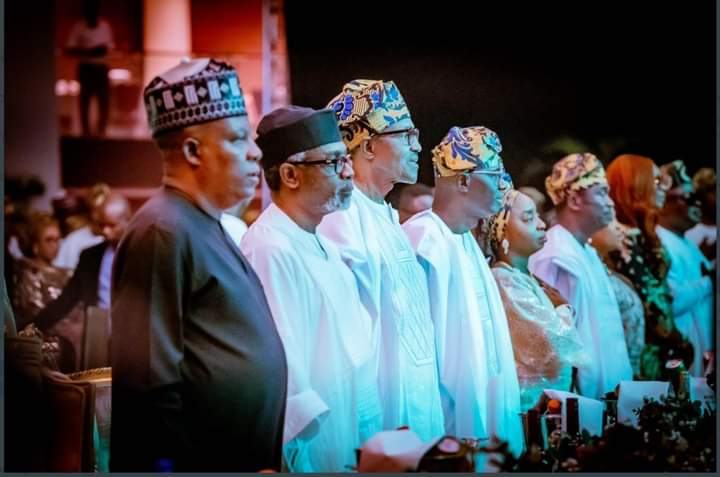 President Muhammadu Buhari was on Monday honoured with a special dinner in Lagos after visiting the centre of excellence for the commissioning of projects under Governor Babajide Sanwo-Olu’s administration.

Naija News reports that the event organized by the Lagos State government was attended by All Progressives Congress (APC) members and top state and federal government officials.

However, APC presidential candidate and former Governor of Lagos State, Asiwaju Bola Ahmed Tinubu, was absent at the banquet in honour of Buhari.

Tinubu and Buhari, including other party chieftains, were together in Bauchi State earlier for the APC presidential campaign rally before the event ended abruptly.