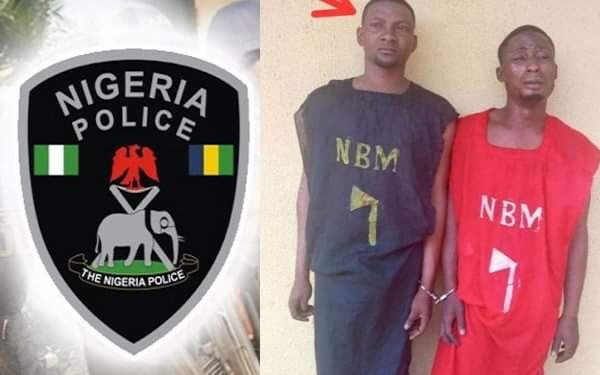 The President of the Students Union Government of the Federal Polytechnic, Ilaro, Ogun State, Adegboye Olatunji, has been arrested for alleged cult activities.
A clip of the arrest, which trended on the social media, showed Olatunji and one Olanrewaju Taiwo being taken away by vigilantes and the police.
A group of residents, who hailed the arrests in the video, urged security agencies to quiz the student leader for the identities of other members of the cult.
“He has his ID card on him. If they interrogate him well, he will disclose where the others are,” a man said in Yoruba.
PUNCH Metro learnt that Olatunji, a Higher National Diploma II student of Banking and Finance, was elected the union’s president in December 2019.
Our correspondents gathered that the students’ parliament impeached him on Monday after the news of his arrest broke on the Internet.
“He was replaced by Oyelusi Damilare. He was not the winner of the election actually, but the school authority thought he had a cool and gentle face and that was why they made him the president.
“His other members are suspecting the guy that came second in the election. There was a serious fight between two cult groups at Orita last night (Sunday),” a Twitter user, who identified himself as Bisi, stated.
The police in Ogun said the student leader and Taiwo were arrested on Sunday during initiation rites.
The state Police Public Relations Officer, Abimbola Oyeyemi, in a statement, noted that the suspects were caught in the bush in the regalia of the Black Axe cult.
He noted that the suspects had been taken into custody.
Oyeyemi said, “The duo were arrested following information received by the police at the Ilaro division from members of the public that a group of people suspected to be cultists were sighted in a bush at Gbogidi area of Ilaro where they were trying to initiate new members into their dreaded group.
“On receiving the information, the DPO Ilaro division, CSP Olayemi Jacob, mobilised his patrol team and swiftly moved to the scene where the two suspects were arrested with the assistance of members of the public, while others escaped through the bush.
“The two arrested cultists, who were in full regalia of the dreaded Black Axe cult, were taken into custody at the Ilaro divisional headquarters where they are being currently interrogated.”
The PPRO said the Commissioner of Police, Kenneth Ebrimson, had ordered the transfer of the suspects to the Anti-Cultism Section of the State Criminal Investigation and Intelligence Department for discreet investigation.
The polytechnic, in a statement by its Deputy Registrar and Head of Public Relations, Sola Abiala, said Olatunji had been suspended.
“This is consequent upon the foiling of the meeting of some cult groups from the neighbouring community by the security architecture and network of the polytechnic, the local vigilante group in conjunction with the Nigeria Police Force and the Department of State Services.
“The suspension of Mr. Olatunji is in line with the act establishing the polytechnic and the provisions of the students handbook coupled with the polytechnic’s zero tolerance for cultism, pending his appearance before the students disciplinary committee to establish his culpability or otherwise.”
SUG president arrested for ‘cultism’ in Ogun
From Ernest Nwokolo, Abeokuta
The police have arrested the President of Students Union Government (SUG) of Federal Polytechnic, Ilaro, Ogun State, Adegboye Olatunji, in connection with the membership of the dreaded Back Axe Confraternity.
Also arrested along with Adegboye was one Olarewaju Taiwo.
The two were arrested on Sunday while kitted in their cult regalia in a bush at Gbogidi area of Ilaro just as they were allegedly trying to initiate new members into the Black Axe Confraternity.
Police spokesman Abimbola Oyeyemi, in a release on Monday, said the Divisional Police Officer, Ilaro Divisional Police Headquarters, Olayemi Jacob, a Chief Superintendent of Police (CSP), led a team of policemen to the bush and arrested the two with the help of some members of the public.
Abimbola said the police in Ilaro got a tip-off that the suspects were sighted in the bush and were about to initiate new members.
While the duo were arrested, others escaped through the bush.
Oyeyemi said the suspects have been taken into custody at the Ilaro Divisional headquarters where they are being currently grilled.
The Commissioner of Police, Kenneth Ebrimson, has directed that the suspects be transfered to the anti-cultists unit of the State Criminal Investigation and Intelligence Department (SCIID) for further investigation.