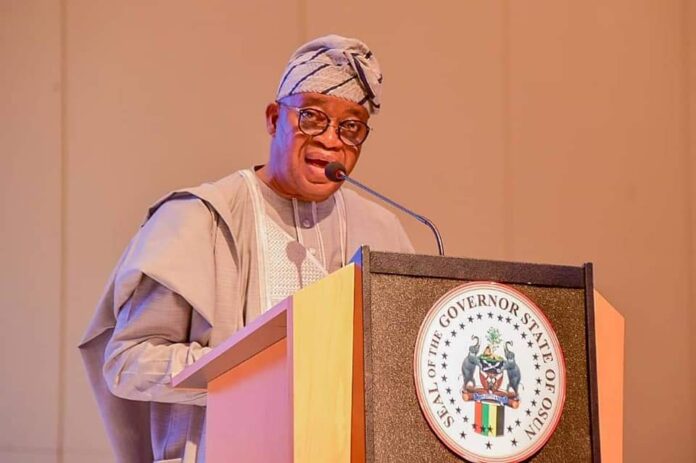 Osun State Governor, Adegboyega Oyetola, has said about 20 per cent of items looted last Saturday in the state have been returned by those that stole them.

Oyetola, while inspecting the items that were returned at the Governor House, Osogbo on Tuesday, also urged those that are yet to return stolen items in their custody to comply with the directive before the expiration of the 72-hour ultimatum.

He also said at the expiration of the ultimatum, there would be house to house search for the stolen items.

He said, “I am happy that some of them decided to yield to the call of Amnesty time. They voluntarily returned those items that they stole. I gave them 72-hour and this is about 48-hour they still have 24 hours grace more.

“I so much welcome it but I understand that this is about 20 per cent of items. The intention of this is to assist the owners of these properties of having the opportunity to get them back.

“Other people still have the opportunity of 24 hours to voluntarily return things they stole. After the expiration of the remaining 24 hours, the government will move in. One thing they should realise is that there are a lot of video recordings of all the people that participated in the looting.”

Banditry: We are Gradually Getting to the End of the Problem...