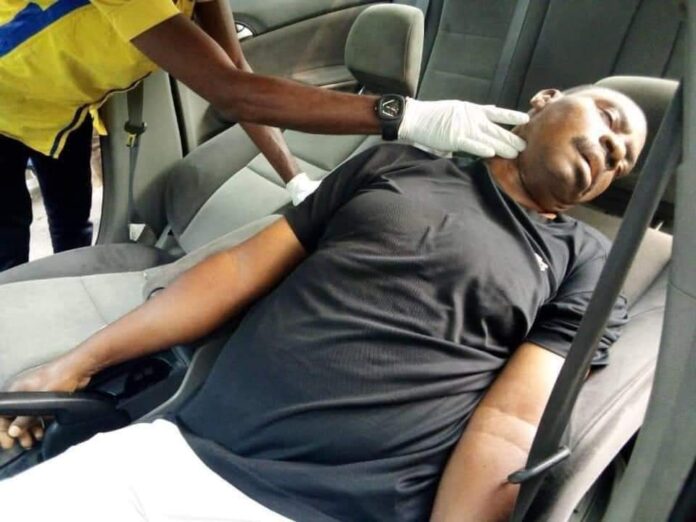 The LASEMA paramedic team responded to a distress call and upon arrival met a lone driver who had apparently slumped at the wheel. The patient’s vital signs were checked, pulse was absent, pupils were fixed and dilated, patient was dead already.

Victim’s relatives who were already present on scene agreed to transport him to the nearest morgue.

The agency paramedics and the Police were on the scene.