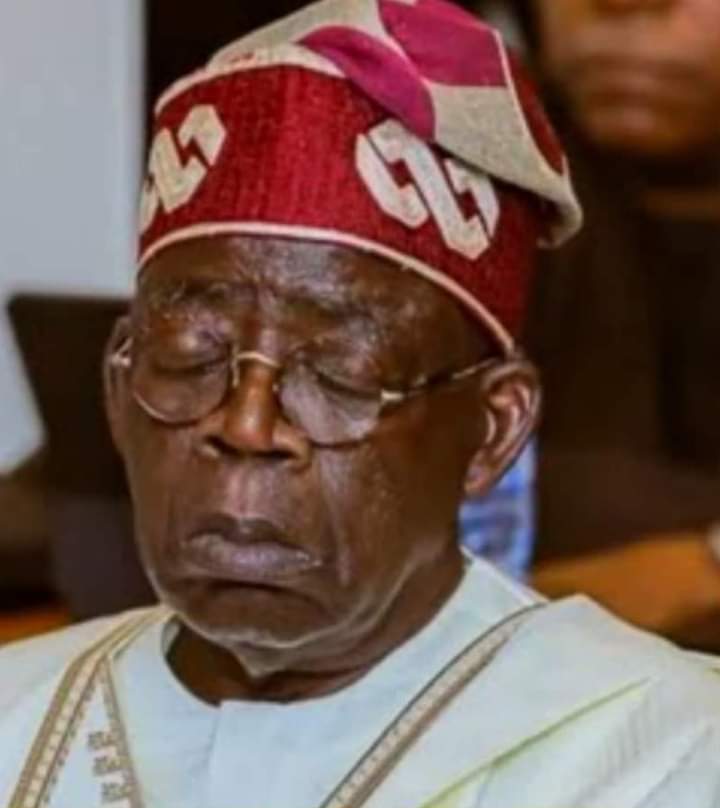 The Presidential candidate of the African Action Congress (AAC), Omoyele Sowore, has claimed that his All Progressives Congress (APC) counterpart, Asiwaju Bola Tinubu, was sleeping at a meeting they both attended on Friday, January 20, 2023.

Tinubu and Sowore were among those who attended the meeting organised in Abuja by the National Peace Committee under the leadership of Gen Abdulsalami Abubakar (rtd).

The event was organised to ensure that all the presidential candidates, their parties, and other stakeholders, commit themselves to peaceful conduct ahead of the February 25 election.

However, a few hours after the meeting ended, the AAC presidential candidate took to his Twitter page where he claimed that Tinubu had slept all through the event without making any contribution.

Sowore, whose post was accompanied by a blurry photo of Tinubu with his head down at the event, claimed it was the APC National Chairman, Abdullahi Adamu, who gave a speech on behalf of the party’s presidential candidate.

Sowore’s tweet read: “We just returned from a meeting of party leaders/Presidential candidates with the national peace committee in Abuja, the Presidential candidate of The ⁦@OfficialAPCNg⁩ ⁦@officialABAT⁩ slept through the meeting, he didn’t say a word. His party chair spoke on his behalf.”

Earlier, a report had detailed how the AAC presidential candidate created a scene at the meeting by protesting over the sitting arrangement.

“The sitting arrangement should have been alphabetical, I note that this same thing happened at the ICC during the signing of the peace accord and this is not fair,” Sowore bellowed as he threatened to walk out on the committee and other candidates.

However, after acknowledging his protestations, Gen. Abdulsalami asked the AAC presidential candidate to take a hike if he was not still satisfied.